U.S. Consulate General Delegation to the Mekong River Delta Province of An Giang 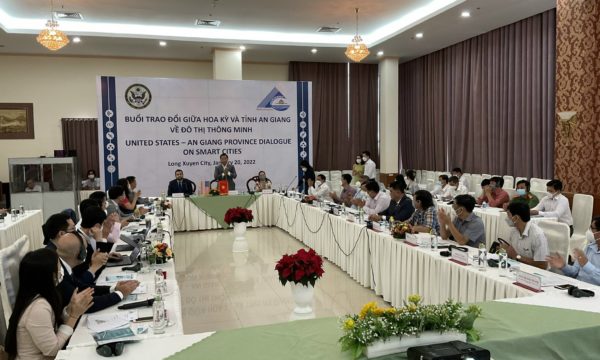 The delegation met in-person with key government officials from An Giang province to discuss how the U.S. government agencies, including U.S. Department of Commerce and the USTDA, and U.S. Smart Cities companies can support the preparation and implementation of An Giang Province’s Smart Cities projects, especially the Intelligent Operations Center and the Digitalization of Urban Planning and Construction Management System.

The U.S. Trade and Development Agency (USTDA) announced it will provide grant funding for technical assistance that will transform how Malaysia’s fast-growing Iskandar Malaysia region manages its urban planning and development through advanced data analytics.
Trade

Thailand Leading the Way for Smart Cities in ASEAN

During the 2019 ASEAN Summit, Thailand introduced the Eastern Economic Corridor (EEC) initiative to transform three Thai provinces into smart cities, which has turned out to be a success. With the aim to create a centre for trade, investment, regional transportation, and a strategic gateway to Asia, Thailand is confident that it would promote a seamless ASEAN.…
Economy, Trade, Transportation

USAID Announces More Than $440 Million for the Indo-Pacific

USAID has dedicated an additional $441 million to expand partnerships with governments, civil society, and the private sector in countries in the Indo-Pacific region in support of activities in energy, infrastructure, digital connectivity, trade, and other economic activities.
Economy, Energy, Trade
CLOSE